Many have attempted to create an electronic monetary system with its own digital currency and without a third party that controls and facilitates its operation. None were successful until a document, also known as whitepaper, appeared online in 2008 describing how such a system could become actualized.

In 2009, the first cryptocurrency, Bitcoin, was born. It was launched by a person or group of people under the pseudonym Satoshi Nakamoto. To this day, the identity of Satoshi Nakamoto remains a mystery.

A cryptocurrency can be defined as secure, decentralized, and global digital money made possible via peer-to-peer and blockchain technologies. Let’s now break down this definition:

Secure means a cryptocurrency cannot be counterfeited or double-spent. It is also nearly impossible to hack its system, which uses advanced and complex cryptography or encryption techniques to secure its network, and hence, we have the name crypto.

Decentralized means that no central authority or an intermediary, such as a government or a bank, controls or manages the system that runs cryptocurrencies.

Global means that cryptocurrencies are borderless and can be traded by anyone, anywhere, and anytime, 24 hours 7 days a week without a break.

Peer-to-peer technology is a decentralized network where devices connect to each other without a central server and where crypto transactions are broadcasted and processed on the network.

Digital money means it doesn’t have physical equivalence and it only exist online. It is essentially a digital code stored securely in a type of distributed public ledger called the blockchain.

Blockchain is the base under which any cryptocurrency stands. The blockchain is a distributed public database or ledger that records and stores all crypto transactions and balances.

The blockchain is distributed to all the participants running and connecting to the blockchain network that helps users transact securely. This property of distribution makes the entire system both secure and decentralized. For further info, read: What is blockchain?

Bitcoin is the most popular, the most traded, and the most valuable in terms of market cap. The second most valuable cryptocurrency is Ether operating on the Ethuerem blockchain and network. Other examples include Salona (Sol), Cardano (ADA) Binance Coin (BNB), and Polkadot (DOT).

Be aware that some cryptocurrencies exist for the sole purpose of scamming investors. You should always research the project and read about its whitepaper, developers, and purpose of existence. Always ask the crypto community and read user reviews on social media before you commit to buying any cryptocurrency.

Not all cryptocurrencies have the same core function. Let’s take Bitcoin as an example. Bitcoin was built to function as an online digital payment system with bitcoin as its native currency. The bitcoin cryptocurrency can be sent and received to make purchases and settle payments. It is also traded with other cryptocurrencies and fiat money.

Many cryptocurrencies are copycats of Bitcoin, such as Bitcoin Gold, Bitcoin Cash, and Litecoin. But they may have emerged to solve existing problems in their rival’s network, so they may have better performance in terms of transaction speed and cost.

The difference between a cryptocurrency, coin and token

What you need to understand is that the term cryptocurrency is somewhat outdated. With the emergence of so many “cryptocurrencies” with different functionalities, another word is needed to classify them. Therefore, the term cryptoassets is used to describe all blockchain-based digital assets. Cyptoassets are generally divided into coins and tokens.

A coin like bitcoin has only one function, which is to transfer value from one account to another. A coin also operates on its independent blockchain and network. Examples include Bitcoin (BTC), Ripple (XRP), Litecoin (LTC), and Dogecoin (DOGE).

Therefore, Ether is a token, not a coin, because it is not primarily created to transfer value like Bitcoin. But rather to pay for the services that the Ethereum network and blockchain offer for its users.

So a coin must meet two criteria:

If a coin doesn’t meet these two criteria, then it is a token. 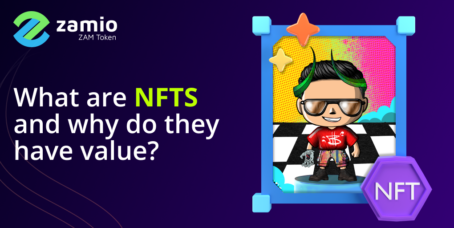 What are NFTs and why do they have value? 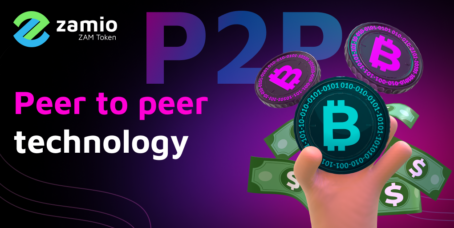 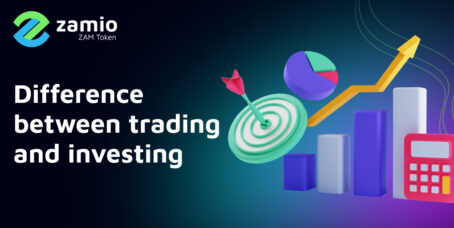 Difference between trading and investing