Amazon does not plan payments in BTC yet

Recently, news spread on the Internet that Amazon has decided to launch cryptocurrency payments.

But it all turned out to be false. The e-commerce platform is interested in the direction of crypto, but is not going to focus on BTC at the moment.

As reported by Reuters:

“Despite our interest in space, the speculation around our specific plans for cryptocurrencies is untrue. We remain focused on what this might look like for customers shopping on Amazon,” a company spokesman said.

The company is looking for a head of the digital currencies and blockchain department. The London City AM newspaper, based on this news, speculated that Amazon was going to take up the direction of cryptocurrencies, as well as launch its own token to be used on the platform. An article was published about this in the media.

The Wu Blockchain news outlet also commented on the situation: “Bitcoin grew 12% in one hour, which led to growth. Because the Chinese have just got up. Obviously, the price of bitcoin started to rise after rumors about Amazon spread in the Chinese community. “

It was a surprise for Amazon to see such news about the company, so they rushed to deny the rumors. But at the same time, the platform is looking into cryptography in more detail. 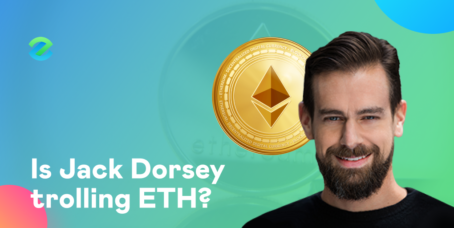 Twitter founder Jack Dorsey trolled Ethereum (ETH). How he did it, you will find out in our article?. 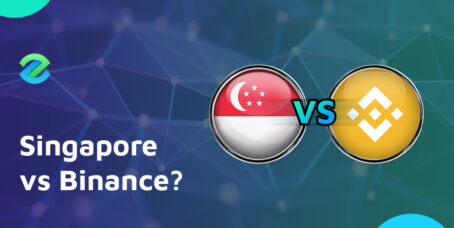 On September 5, the site announced that it would suspend trading in SGD pairs and payment options at SGD. Binance will also remove its app from the iOS and Google Play stores in Singapore.

El Salvador will have a salary in bitcoins?!

Everyone remembers the news that El Salvador was the first in the world to recognize bitcoin as a means of payment.